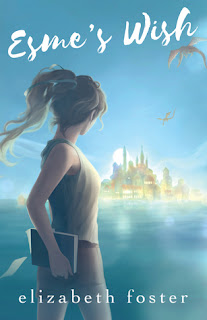 “A fresh new fantasy of an enchanting world.” - Wendy Orr, author of Nim’s Island and Dragonfly
Song.
When fifteen-year-old Esme Silver objects at her father’s wedding, her protest is dismissed as the
action of a stubborn, selfish teenager. Everyone else has accepted the loss of Esme’s mother,
Ariane – so why can’t she?
But Esme is suspicious. She is sure that others are covering up the real reason for her mother’s
disappearance – that ‘lost at sea’ is code for something more terrible, something she has a right
to know.
After Esme is accidentally swept into the enchanted world of Aeolia, the truth begins to unfold.
With her newfound friends, Daniel and Lillian, Esme retraces her mother’s steps in the glittering
canal city of Esperance, untangling the threads of Ariane’s double life. But the more Esme discovers
about her mother, the more she questions whether she really knew her at all.
This fresh, inventive tale is an ideal read for younger teens.

Excerpt:
“Oh no,” cried Lillian, as a rumble came up from the ground below.
It sounded like an enormous subterranean beast, making strange noises in its sleep. The sounds came
intermittently at first, before joining together in a deafening, continuous roar.
An earthquake.
Esme's heart vaulted into her throat as the ground beneath them began to shiver and shake. She stared
down with mounting horror. The cracks in the pavement – how had she not noticed them before? Hairline
cracks, then bigger ruptures, snaked through the square.
Cracks that were now moving.
Her instincts told her to run, but there was nowhere to go. She tried to grab hold of something – anything –
to steady herself, but everything was moving as much as she was. The ground around her rippled like water.
She shrank into herself, willing it to stop. The earth thundered and swayed beneath her.
And then it was over, just as quickly as it had begun.
Esme slid down onto a nearby bench, panting as if she had just run a mile.
“You’ve gone white,” said Lillian, who looked way too calm. “Was that your first quake?”
“That was awful.”
Lillian gave her a thin smile. “You get used to it after a while.”
Unlike most things in Aeolia, this was something Esme didn’t want to get used to. The earth was supposed
to be solid, fixed, immutable. She thought of the lighthouse back home, anchored into the rocky headland.
“You’ve really had tremors like this for years?”
Lillian nodded. “I can hardly remember what it was like before. Usually they’re even worse than that.”
Esme shuddered.
Worse? 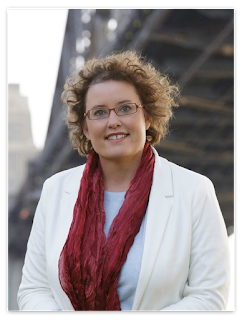 About Elizabeth:
I was born in Brisbane, Australia, and now live in Sydney. Apart from writing and reading, which
take up most of my time, I love walking, travelling and playing piano (badly).

As a child, I was called Dizzy Lizzy – which I regarded as an insult all my life, until I started writing!
Now, daydreaming is a central part of what I do. My favourite childhood books included the
Chronicles of Narnia and Enid Blyton’s adventure stories. I was such an avid reader that my
godfather gave me the complete works of Shakespeare when I was ten.
(Still haven’t read them all…) My reading tastes nowadays are eclectic, ranging from classic
authors such as Jane Austen, to the works of modern YA writers, including J.K. Rowling,
Tamora Pierce, Melina Marchetta and Maggie Stiefvater.

I love movies almost as much as books. Dreamlike films – such as the works of Hayao Miyazaki –
hugely appeal to me, as do any clever psychological films and TV series which revolve around
female characters, such as Buffy and Veronica Mars.

I used to enjoy writing as a child, but then I grew up and was sadly waylaid by more serious
pursuits. Reading to my own kids reminded me of how much I missed getting lost in other
worlds, and once I started writing again, I couldn’t stop. I am also fascinated with people’s
motivations and personalities, and now I get to explore them on the page.  I am a member
of the SCBWI, the CBCA, and a reviewer for CBCA’s Reading Time.Website | Twitter | Facebook | Instagram | Goodreads
Giveaway Details: